I've been moved into the official nurses quarters...an older 4 bedroom house up on stilts in the middle of town....it's a funny place...the only building up on stilts here, and it looks down directly onto the carpark behind the supermarket...which is where all the black people hang out most of the day and night....whole family groups with Granny, kids and all, just sitting on the ground yacking. And arguing. Loudly.
I feel like some kind of white massa looking down on the slaves from my compound....it's actually pretty creepy.
I'm a typical hippy who is happier sitting on the ground myself, and usually spend most of my time outdoors if I can...but I wouldn't be welcome to just go and hang out in the carpark. i've never felt so separate just because of my skin color. the divide between white and black here really makes me uncomfortable. I'm not used to people being suspicious of me simply cos I'm a pale redhead...OK, well, much more than the usual you all give me for that, grin.
Tennant Creek is 90% black. And they walk and live on the streets. Yes, most of the have houses too, but they spend more time out walking and sitting on the sidewalks. And what really gets me is the dirt and grime. Most people are simply filthy. No other way of putting it. Clothes, hair, skin, endless sores, scabies, lice....
And it's not because of money.
Australia is a wealthy country, and even on welfare, the dole or single parents benefits you can live all right (I've done it for enough years myself.)
And the aboriginal people have the same access to money as everyone else. Sometimes even more.
Yet these people are living in real squalor. Falling down broken houses, way too many people in each room, starving littlies cos the older kids and grown ups eat all the food.
i don't understand. I really don't.
Yes, I get the bit about depression, broken culture, stolen generation and all the rest. And I understand a little about the concept of an older culture with obligations to share with family...
But I don't understand a culture that gives older people rights before little kids and young mothers.
In general, the kids seem happy, friendly and well behaved....which makes it all even more confusing.
But what does my head in is how shy everyone is around me. I get soft, submissive answers to all my questions, and it seems to me that mostly people tell me what they think I want to hear. I find I am spending a lot of time, just sitting quietly between questions, trying to create the space for them to to open up and tell me the truth....using short simple sentences and lots of pictures...using the aboriginal health workers to translate when I can....though they are busy themselves and often seem impatient at my need to get in depth answers and really get to the bottom of a problem....
I get the impression that there is so much getting lost in the communication between clinic staff and patients...
yesterday I had a Mum bring her daughter in for "scabs on head"....shed been in before for the same thing....
I took a quick look and the poor kid was crawling with lice...so I gave her Mum a towel and a bottle of louse conditioner and sent her to the shower....I asked her if she knew how to use the conditioner and nit comb "Yes yes!"
10 mins later they came back, the daughters hair wet, but still tangled...so I look again and lo and behold, still crawling...
So I took them both back into the shower and covered the girls head with conditioner and showed them both how to actually comb out the lice..
They were both astonished! So I left them there for another half an hour exclaiming over the crawly things they were getting out of the comb!
Bloody Hell! I wonder how often this has happened? So many kids come in with hair that looks as if it's never brushed.....have they all been getting bottles upon bottles of conditioner that just gets washed through, but never actually combing out the lice??
I've also started keeping a bowel of cut up fruit on my desk to hand out to the kids after sticking needles in them instead of lollipops and vit c tablets....and they love it!
Little things....but maybe the most useful stuff I'm doing here....? 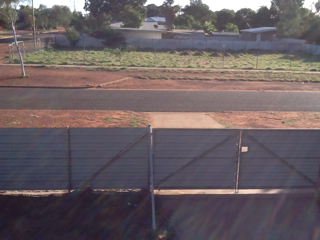 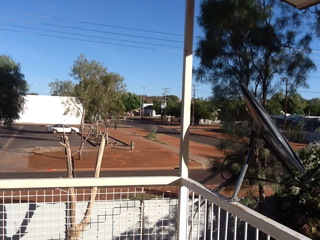