Showing posts from 2013
Show all

The joys of travelling 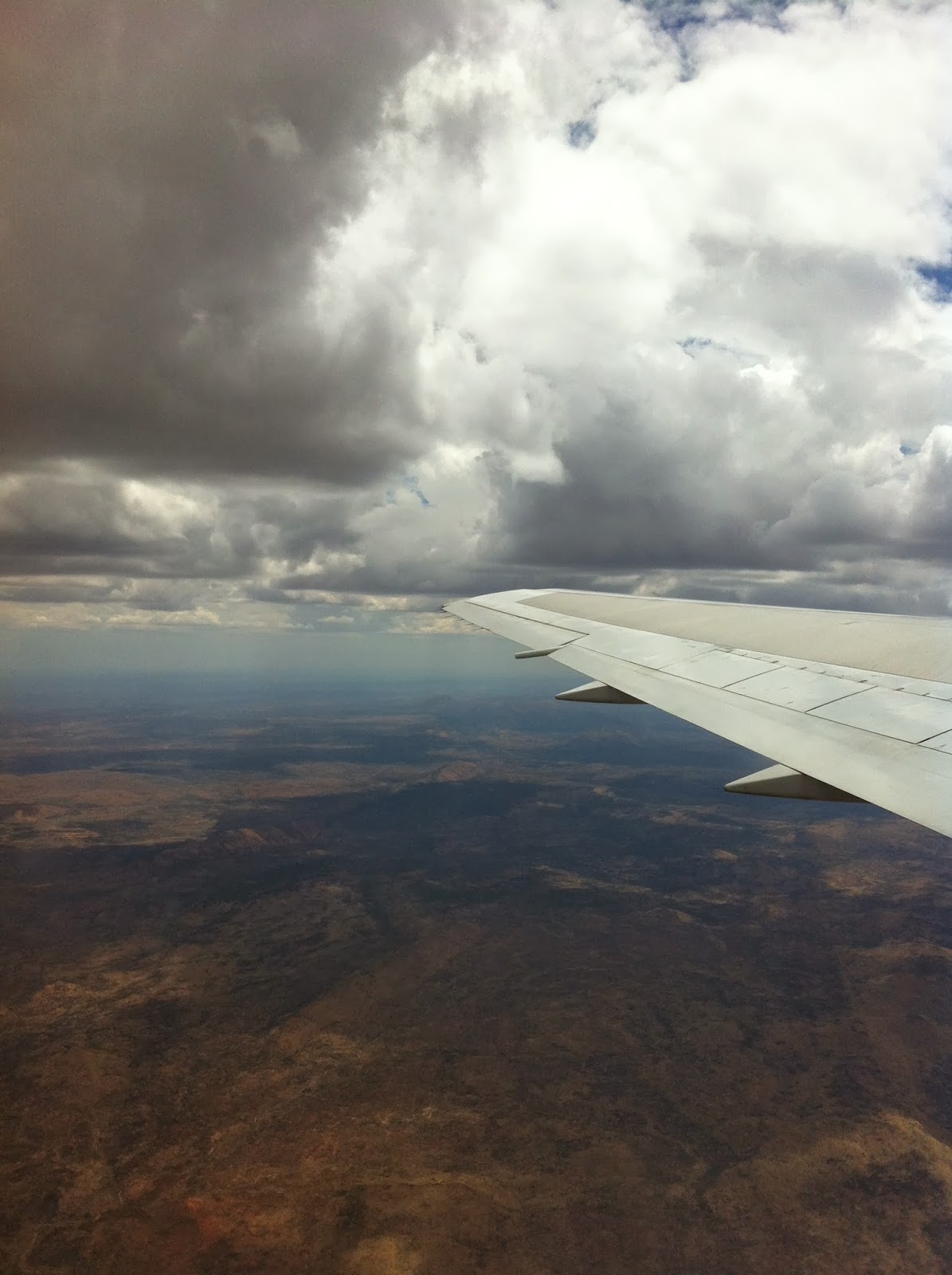 flying across the desert Another trip into the unknown...this time another tropical island a bit further east...or is it west? My sense of geography is a bit sketchy at the best of times....Warruwi community on Goulburn island. I got the job offer just last week right in the middle of relationship..well, difficulties is the best way of putting it I guess... New relationships in your mid 40's are challenging it seems. And since I am not at all stubborn, or set in my ways, OR high maintenance thank you very much, and neither is he, a short trip away to work in another remote clinic for a week sounded like a good idea.... So I simply said yes without asking any real details, and here I am. It took 3 days to get here. One to get to Brisbane by car and stay in a hotel overnight and continue the “relationship discussion” while catching up with my old friend Goblin who I hadn't seen in over a year, which was awesome! He agreed that relationships at our ages are compli
1 comment
Read more 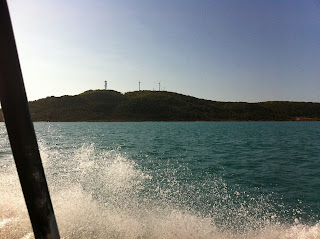 coming to the island Well, nursing up here in the Torres Straight has been educational. The job itself involves the usual looking after patients on the ward, about 2 thirds of which are nursing home pt's awaiting placement, interspersed by the occasional harrowing time of interest when something interesting wanders into the tiny ED. There's a whole host of really interesting nurses here, mainly ED and theatre specialists who are all annoyed and disgusted at having to spend most of their shifts doing showers and moving patients in lifters, after being told by their agencies that the job was in their speciality. But realistically, in any setting like this you do need to have skilled people on hand for when the shit hits the fan. But they also need to staff the ward the rest of the time. Max, a local boy and Brian the MSF guy The range of experience the travelling nurses bring with them is pretty impressive. I've met Brian, who works for doctors without bord
Post a Comment
Read more

flying over the ocean The journey started with the usual agency hiccups. The lass in the office had a really hard time understanding where I was and how difficult it was to get to anywhere else. After a few days of back and forth, I ended up with a one and a half hour drive in a hire car, (which I ended up paying for myself due to more mis-comunications), a 2 hour flight to Cairns, an overnight stay in a hotel there (with taxis rides I paid for there and back), another 2 hour flight up to Horne Island and a 15 minute ferry ride to Thursday Island (which I again paid for.) It was all pretty exciting....and expensive. Sigh...somehow this often seems to happen with agency work...you can claim these expenses back from the agency, but it always means you have to have the cash to fork out first...and as I'm usually down to my last penny before I leave, it gets a bit scary...then of course you have to keep track of receipts and send originals into the agency...and then th
Post a Comment
Read more

On the other side of the medical divide 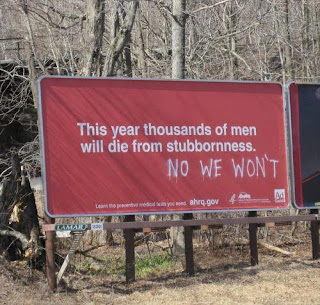 Well, it's been an interesting 2 weeks...at least I think it's been two weeks, I'm sorta losing all sense of time and space.... Dan has been through two bouts of massive bleeding from esophageal varicees, both of which should have killed him. 17 units of blood, more of FFP and platelets, induced coma and intubation in ICU, balloons inflated in his esophagus to attempt to stop the bleeding which were almost as life threatening as the bleeding itself....And then as the girls leave to go home for a break, he sits up (sedated and intubated) and struggles to call out and reach them with his arms...so they take out the tubes and the balloons, thinking he'll probably now just bleed to death...but the bleeding stops. And he starts breathing on his own. And bites his teeth together when the nurse tries to suction his mouth out and says loudly "No!" So he is now on a medical ward, confused and drowsy, surrounded round the clock by the women who love him. His step da
1 comment
Read more

Holding Space for the Sacred 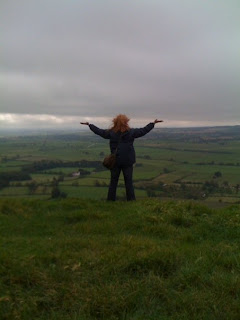 I've just come back from one of those New Age Retreat thingies, my counterbalance to working as a sensible practical nurse in the outback, and I enjoyed this one far more than others I have been to in the past. It was run by incredibly interesting and caring people, and the general level of respect and thoughtful insightful interaction there was a true blessing. ...and I heard a new term there that has really got me thinking. It's the concept of " Holding Space" for something. It's used more and more within healing and counseling circles, to explain the idea of being present and caringly witnessing someone elses pain. Being there, supportive, so that they can feel safe to let go, to release what they are holding onto, to go through their own healing journey....a formalized version of "I've got your back!" maybe.... Yeah I know...sounds incredibly deep and fluffy meaningful dunnit. But there is some real merit to it. The idea behind it is one o
Post a Comment
Read more 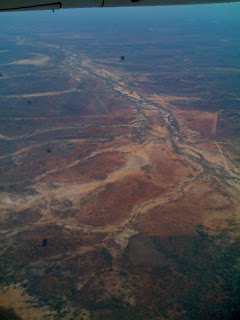 flying above the QLD desert After a bare week or so at home, I'm back in the Outback again, this time purely because I need the money. Ongoing renovations in the hope of making my house into something i can either sell or rent out is proving to be more than my basic nurses salary can cover...but this time I am struggling to dig out my happy sense of adventure. There is a deep loneliness in traveling and working as a single woman..esp one in her mid 40's. Wherever you go you are surrounded by married couples and young single people who are the same age as your kids. And it's beginning to get to me. Anyway, back to the journey itself. It all started this time with a night in a hotel in Sydney. You see the nursing agency's travel booking people had decided that a flight to Brisbane at 6 in the morning was a good idea. now add to that needing to be there an hour before take off and a 1.5 hour train journey from home to the airport, and I would have had to get up at
Post a Comment
Read more 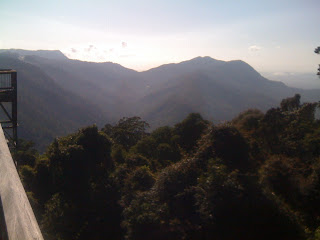 view from the skybridge above the rainforest Well, I'm back on the trail again... recently in Dorrigo, in a quiet hospital in this gentile british town up in the mountains above Coffs Harbour. The agency had organized a flight from sydney to Coffs, and then a hire car for me to drive myself from the airport up to Dorrigo... my little chariot! I felt so...special, being handed the keys to an almost brand new car. OK, so it was just a little Toyota hatchback thingy, but I've never owned a new car...and to be honest, I'm still getting used to the lifestyle that is one step above single parents pension and not quite poverty any more...so the whole traveling on planes, staying in hotels and driving new hire cars is a pretty heady experience for this middle aged lass! Anyway, I got into my sparkly white carlet (having taken a few photos so I could prove that the scratches on the door were there before I got in) and drove off into the hills. The road to Dorrigo lead
Post a Comment
Read more
More posts