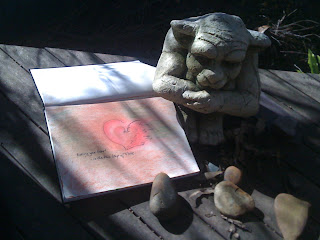 Well, that last post of mine ended the hatchling relationship...self fufilling prophecy? Or just a sign of exactly what I was talking about....
Dumped New Style, blocked on facebook, skype addy removed...and suddenly the connection you had is dead in the water, as if it had never existed. The photo on the FB chat thingy, dark eyes and quirky grin above that wide manly chin that made your heart beat that little bit faster every time you saw he was online is suddenly replaced with a blank human outline and the name "facebook user" and finally: closed as a contact on the dating site.
More than 2800 messages.....a relationship in words and thoughts...did I just imagine it all?

What the hell happened there?
I ended up taking that next road trip...and cried all the way up there..and most of the way back.
Visiting old friends who've known me for over 20 years and asking for their opinions and some kind of explanation and feedback to WTF just blew up in my face and WHY????

"What did you expect, Mother?! Where does this insane compulsion of yours to just splurge your thoughts publicly like that come from?!" was the simple statement from my youngest. (With that delightfully scathing tone of total condescending damnation only a 17 year old can muster when they think you have behaved like a complete moron.)

Umpteen conversations and widely diverse opinions later, I'm still confused. But I've learnt a bit more about the differences between men and women when it comes to relationships and dating.
On the whole, my freinds and online aquaintances who read the post were sympathetic and echoed similar feelings and experiences.

Female friends were torn in their opinions. Some concurred wholeheartedly, feeling equally hurt and jaded by the whole dating dillemma...others said things like "Well, of course I KNOW you, but if I didn't.... it does come accross a bit..strong, you know?".
A more blunt (very old) friend said "Jesus woman, you bloody firehorse! The poor guy probably doesn't know what hit him!"
Another fellow writer aquaintance reposted the link on facebook, describing it as one of the most impressive pieces he'd read in ages....
And an Australian women's magazine was actually impressed enough to publish an article along similar lines in their next issue...go figure!

But the biggest clues I got from talking to male freinds on my trip up north. I sat on verandahs with old friends, two in particular who have been through a rather impressive number of relationships over the years. I wanted to know how ..and also why they did it? How did they move from one woman to another without ending up the crumbling miserable mess I was in?
And I started to finally make some sense of it...
Men and women do it differently.

I've made friends with a bloke in Canada who I met through one of these dating sites.
We've struck up an odd friendship, comparing our dating successes and disasters, talking about why our previous relationships broke up etc....and it's very interesting hearing the differences from his side of the fence:
The women are all looking for romance, and quick to get close, wanting to take it further, talk for hours, online, on the phone...and can be quite obsessive about it....and find it hard to let go.
The men, from my side of the fence, are almost clinical about the whole thing. Quick to say "thanks, but no thanks", many bluntly pushing for casual sex, and persistant with this even though my profile clearly says "Not interested in casual sex!". The fact that they think my photo is sexy is enough to convine them that it's worth trying anyway so it seems. Which at 46 I guess is a compliment, but geesh.....
When talking to me, they (the ones that aren't pushing for immediate sexual gratification) are polite, and almost embarrassingly careful, as if they are treading on unknown territory talking to a female outside of a bar. Most of them are happiest talking business, and ask fascinated questions about mine...

In my confused state, I bought the book "Why Men don't Listen, and Women can't read Maps" (QAllan & Barbara Pease). I'd been avoiding the thing for some time, seeing as it's a New Age Self Help trashy bestseller and all...but I was desperate to understand WTF had happened and this seemed like a place to start looking for answers.
And I found some surprising ones...
I already knew than men have problems communicating about emotions. And that they are solution oriented, wanting to find a way to fix things...whereas women often just want to share what they are feeling, without focusing on any kind of solution.
There was a test in the book, which gave you a series of questions to answer, designed to tell whether the hardwiring in your brain was more feminine or masculine (supposedly has something to do with how much testosterone you were exposed to in utero)
To my utter amazement, my own brain it seems is wired on the extreme end of feminine!
I was gobsmacked. I mean, I can read maps, do differential equasions in my head, and I'm one of the most down to earth and rational women I know.
Or so I thought.
But I'm also very artistic, tend to work on gut instinct, have trouble reverse parking, can multi task and have a marked need to communicate on an emotional level.
And I remembered the square jaw of this bloke I'd been sitting with on the verandah swing, and the way he used to ask blunt, detailed logical questions, the quick way he could sum up a situation and cut to the chase of a solution for things I'd been dithering over for ages....and the fact that he would repeatedly point out that he was a man, and could only concentrate on one thing at a time.

Was the whole thing a matter of miscommunication between Mars and Venus?
Could all that nonsense about the differences between the sexes I spent so many decades trying to disprove, arguing with my arrogant mysoginist father and fiercly defending my independence be true after all?
The book quotes hundreds of studies that seem to indicate that all the quaintly insulting trueisms about male and female minds and behaviour are actually simple biological fact.
And I began t see patterns emerging amongst the many arguments and misunderstandings I'd had with the various men I'd had relationships with in the past..... 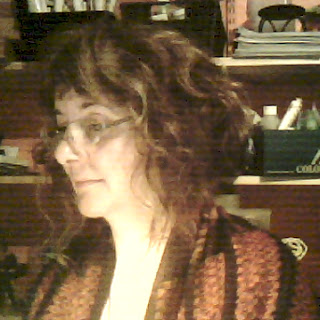 The way I need to talk about it when there's a problem...and the, it seems, typical male way they would respond with a need to go away and think about it on their own.
The fact that I've never understood the concept that anyone could split sex from emotional connection.
The endless arguments over maps and asking for directions....
And housework...
And why neither of my exes could look after the kids, clean the house and cook dinner at the same time.
They weren't unique arguments it seems, just simple testosterone versus oestrogen wired brain differences.
Duh!
The book, funnily enough, reckons that the only relationships where there is a balance between physical attraction and emotional needs, are homosexual ones. Sort of makes sense...pity it ain't gonna work for me....

And I come back again to the broad chinned rather large built bloke I sat on the verandah cooing at.... and the fact that that chin reminded me of my ex husband....

The biggest clue here is that I'm still sitting here wondering what hit me...and crying over the loss of a connection I felt that to me was precious and beautiful and something worth working at and building on....

Whereas he has obviously done what he always does: "Life's too short to hold on to something that is never going to work. I live in a black and white world, let it go, move on!"

And I'm stuck with the horrible dilema, that maybe the men I am attracted to are far too male to ever be able to connect with me.
I don't do black and white. For me, Life is about colour...intensity, experience, Love and depth....and all of the shades in between.

I guess I'll have to pull myself together and just let it go...in my own way...
I've never believed in cutting things, forgetting people, turning away from the past.
So instead I'll let it go...and keep the memories. Cherish the glimpse into a different world, take inspiration from his blunt summary of house building and business...
And pay attention to these lessons I'm learning about how a male world actually functions. Maybe even learn to be a bit more blunt, and get Dan to finally move all of his junk from the yard and be a bit more ruthless about business decisions and to treat my house as an investment to renovate, not a personal work of art....

And remind myself of the words my best friend said to me: "He's a fucking idiot. You're one of the best things that could ever happen to anyone. And he'll never know."