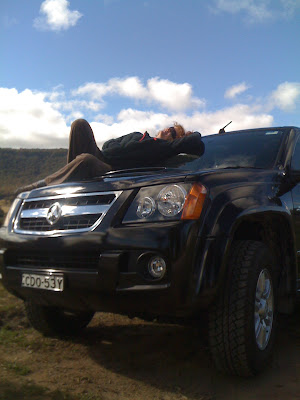 Today I thought I'd write about Love, Sex and Relationships....hence the car. (It'll make sense towards the end, I promise...)
Of all the things that affect our Health, Relationships are probably the most hard hitting and the least controllable. Divorce and Losing a Loved One rank highest on the list of stressful events that impact our health, yet it is also something we are least equipped to deal with, both personally and as health professionals.
As some of you know, I work in mental health as a nurse. And 9 times out of 10, what brings people through the doors of the unit is problems with relationships.
Regardless of whether we are talking suicide attempt, drug abuse or depression, most of the time, the trigger is a broken heart.
A lover who left, or cheated, and sent the client spiraling into an out of control binge of drug taking and self despair which ended at 3 in the morning on the tracks of Wyong railway station. Slashed wrists cos he's been sleeping with the neighbour or the sheer lead weighted depression of being alone for years and years because they never got over the one that got away.
I've watched all of this over the years with a mixture of empathy and disdain. How could anyone be so stupid as to put all their sanity and even their life on the line over the connection to  another equally fallible human being? The sheer drama of it all has always amused and annoyed me...

And yet....
All the great works of art revolve around Love. And often around the pain of loving and losing.
And a great part of our economy is also based around it too.
Love and Sex sell better than anything else.
And that of course tosses up the next part of the equasion: Sex.
What is the difference between Love and Sex?
It's an important question, because in our wierd modern society, the lines seem to be becoming more and more blurred. Relationships can no longer be simply defined as married or single. There are so many variations in between that it takes a psychology degree to work out whats going on....
Dating, Living together, De Facto, Open Relationships, Polyamory, Friends with Benefits... and let's not even get started on the whole Straight, Gay, Bisexual and sliding variations inbetween thing!
Having been out of the dating game for the last 15 years, I'd forgotten how complicated things had become until I became single again a year and a half ago.... 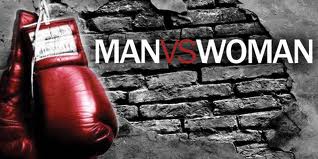 And I tell you it's enough to make a Gal want to crawl back under a rock and stay there.
There's a whole world of lost and lonely people out there. And at the same time, it seems to be a battle field where the stakes are Power and Invulnerability.
Somehow our society has moved from the concept of marriage and partnership being the primary mating goal, to the concept of total independence as the highest form of evolved being.
Sex and relationships have become fleeting things that we are supposed to be able to move in and out of at will, with a strongly developed enough ego and sense of self, not to be too deeply affected by the coming and goings of these connections.
Yeah right.....

But maybe it's always been like this....
Looking back over art and literature, what emerges is variations on a game of hunter and prey. Love and Sex, Man and Woman, the words you find are all of conquest: Chase, Seduction, to Conquer, Win anothers heart, She Devil, Gigolo, Witch.....
And the most admired are always those who remain in control...those mythical figures who wander from one lover to another, leaving a trail of broken hearts behind them. Salome, Casanova, Don Juan, Mata Hari...
The concept of being the winner who comes out tops without getting their heart broken themselves....beautiful, irresistable, endlessly desireable...

There's two problems with this of course:
First of all, only a very few get to be the top dogs in this game. Most of us just don't have the detatched, cool, uncaring thing down pat enough to carry it off....let alone the killer looks that "could launch a thousand boats"...
But the second and possibly more important aspect is that being a winsome lady killer may score you points at the bar with the guys, and stop you from getting hurt yourself...but ultimately, it leaves you lonely. Really lonely.
And here's where we come back to the modern day dillemma of dating.
It sucks.
Everyone is out there wanting to make a connection, be loved, get some kind of human contact interaction thingy...
But no one wants to get hurt. And the older you get, the worse it is. Broken marriages, baggage in abundance, pain, resentment and the wish to never, ever repeat what ended up hurting so badly last time seems to leave us so well covered in emotional armor that it's bloody hard to see the soft heart beating underneath the hardware at all!
Roughly, you can divie the participants in the dating game into two groups. Those so desperate to make a connection that they will fall head over heels in love with anything that looks even vaguely like a prospect, and start collecting wedding china designs after the first two online conversations.
And those who are carefully laid back and make a point of telling you that they have no expectations at all beyond making some new friends.
Now the first group are obviously to be avoided like the plague, as is anyone who describes themselves as having "A good sense of humor". (They don't).
But the second group isn't without it's difficulty either.
OK, so I'm in the second group. I pride myself on being mature, realistic and reasonalby open minded.
And I approached the whole dating idea with a heavy dollop of sceptiscism.I spent some time wandering through the murky wilderness of the internet, in chat rooms which reminded me of my nights on the town in my early 20's..."No I don't wanna meet up for some quick sex. And no, I'm also not gonna send you any nude photos. Oh that means I'm a lesbian does it? How original!". Geesh, do I look that desperate? Does that approach actually work on other women? I ask around and it seems it does, according to my male collegues. There seems to be a whole world of desperate middle aged women out there...but I'm buggered if I'm going to be one of them.
The more heavily organized dating site seemed to weed out the desperate for sex a bit more efficiantly, but it reminded me rather of a kind of online shopping mall for people. What did I really want in a man? And how in the world did this "psychologically designed profiling system" match me with a baker from Gundegaih who likes quiet evenings with his mates watching the footy? (And of course with the obgligatory good sense of humor.)